What Does Justice Mean to You?

To us, justice is based on the collective accountability of human beings to all of life and to the land that sustains us

We are MERC a collective of Maasai community organizers and collaborators working for the self-determination of Olosho le Maa and our right to the stewardship of Maasailand.

MERC was founded in 1987 by Meitamei Olol Dapash  to bolster efforts of the Maasai community to protect wildlife and promote Maasai land rights and cultural survival.

Daniel Leturesh, and George Lupempe were part of the first MERC Board of Directors in 1987.

Today we are seeing a revival of Maasai culture across the land. Through ceremonies, such as the Olng’esherr above, to warrior training villages, the reclamation of the Maa language, and commitment to traditional leadership, the Maasai people are reclaiming our future.

And this is what we do

The Maasai Community is organizing across Maasailand to reclaim lands originally stolen under British colonization and reoccupied under the state of Kenya.

MERC has participated in conservation for over thirty years through many partnerships, always understood through the premise that conservation of Maasai lands will only work as long as the Maasai people are involved and benefiting.

What is written about Maasailand has typically not included the input of Maasa people themselves. MERC supports Maasai scholarship and collaboration on knowledge production.

Maasai people must be the architects of development in Maasailand, which is being built through our accountability to all beings that share the land and to our global human community

The wildlife tourism industry that exists on Maasailand has great potential to enable our survival as a community and culture.

We want to work with you! 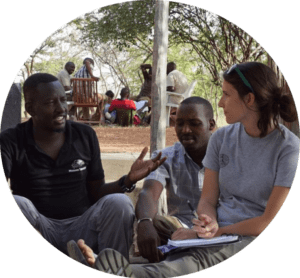 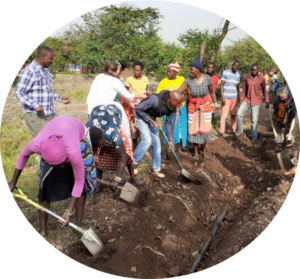 We work with a wide variety of organizations who come to Maasailand, not to ‘help,’ but to collaborate as equal partners 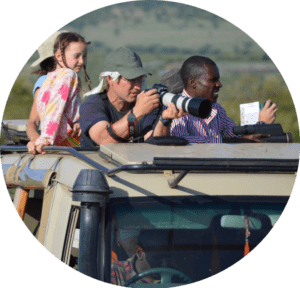 The Mara Guides Association would love to introduce you to Maasailand, the wildlife and the community itself. 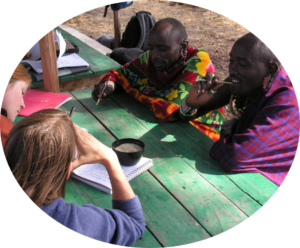 We welcome researchers to collaborate on the challenges and opportunities in Maasailand.

What is Happening Now?

The entire culture and way of life of the Maasai people is inseparable from our relationship with Nkishu, cows, and for that reason police violence is often directed against Maasai cows in the context of land disputes. After a brutal slaughter of hundreds of Maasai cows in 2018, people coined the phrase “Maasai Cows Lives Matter” to express the depth of this injustice and in solidarity with communities everywhere who stand in the face of police violence.

MERC stands with the Maasai community in Loliondo

The Maasai community in Loliondo continues to flee the area in droves with the Tanzanian government and the local police chasing them from their ancestral land. As of June 22, at least fifty children were reported missing, and hundreds of young Maasai men had been captured by the police in the region. Human interest groups fear that the police brutally killed some of the young Maasai men they had arrested. Although there is a case in court protesting the illegal evacuation of the Maasai community from Loliondo, the Tanzanian government remains hellbent on clearing the land to create space for hunting by foreigners. We aim to protect the vulnerable Maasai community in Tanzania as we demand that justice be restored.

New Life in the Mau Forest

The Mau Forest is the most critical watershed in Maasailand and the source of a dozen rivers that feed East Africa’s most critical wildlife habitat in the Maasai Mara and Serengeti. Historically protected as a Maasai community trust, the Mau was illegally privatized and deforested beginning in the 1980s. Recently the Kenyan government has begun to support decades of efforts of Maasai activists to clear the forest and allow its recovery and regeneration.

Receive updates from Us. We’ll keep you in the loop so you don’t miss out!